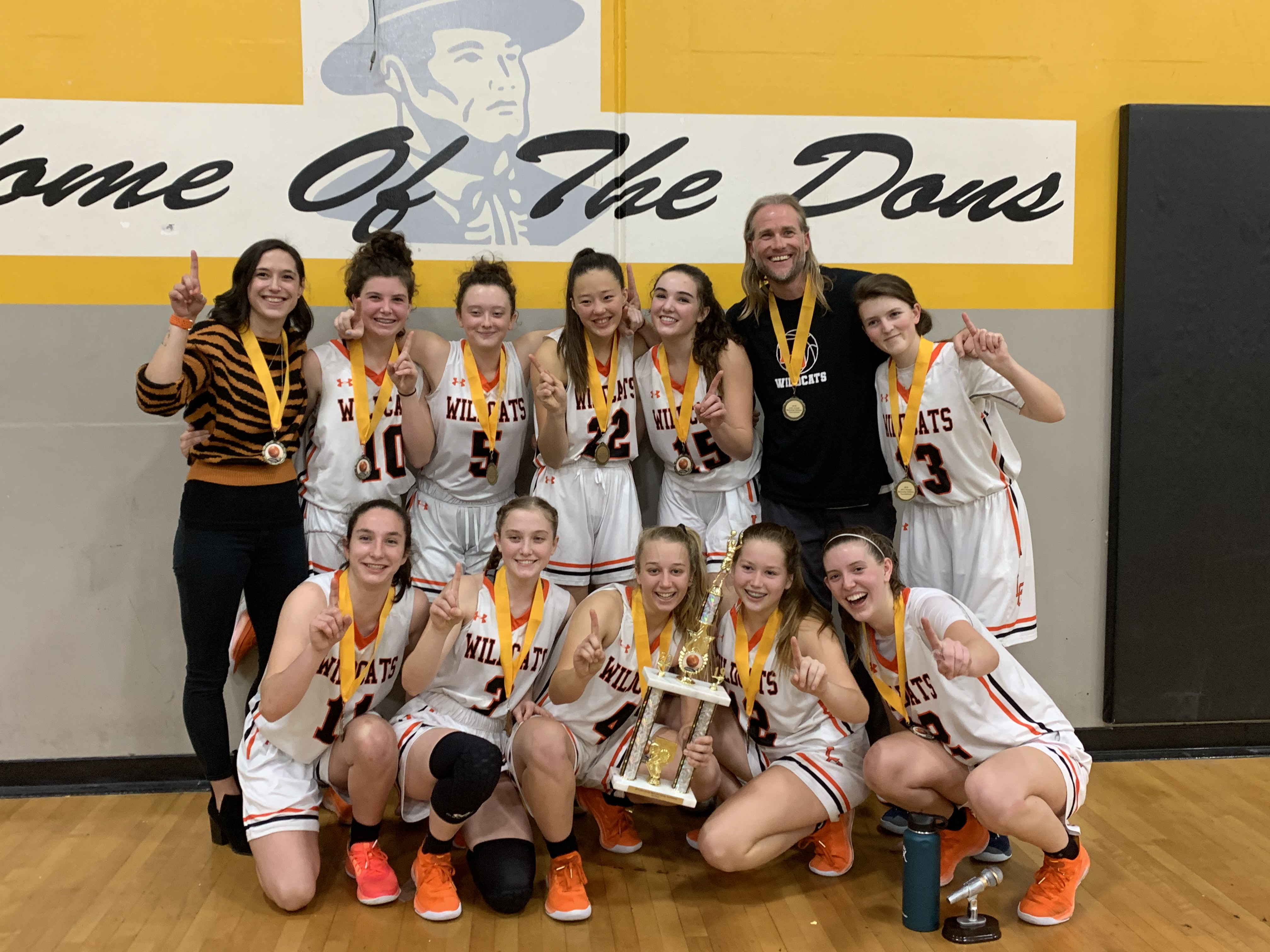 Because of how Christmas fell on the calendar, the Cats had to wait until Monday to play the championship game in the John Araujo Memorial Holiday Tournament against the Pirates of Pittsburg High School. Early in the game, it looked like the Cats still had that Sunday feeling, waiting for passes instead of meeting passes and expecting rebounds instead of grabbing rebounds. The Cats stagnant offense only scored 8 in the quarter, all coming from senior Sabrina Belquist, who hit two 3-pointers and another bucket. The Pirates came out aggressively attacking the hoop, scoring 11 in the quarter from four different starters.

The second quarter began with more of the same. The Pirates pushed the lead to 7 before the Cats started to battle back, with 8 more from Belquist, a key 3-pointer from sophomore Jeanette Grasty, and a bucket from junior Ashley Poshard. Still, the Cats were down 27 – 22 at the break.

Halftime was just what the Cats needed. The break allowed them to clear their heads and get back to the business of playing basketball. They came out strong in the third, led by junior Olivia Lo, who had 7 of her 9 points in the quarter. Freshman Casey Brennan, logging considerable minutes due to foul trouble, put in 6 in the quarter. And senior Sara Chiala sunk two layups to help the cause. But Chiala’s more valuable contribution was on the defensive end, where her play inspired her teammates to up the defensive intensity; they responded, holding the Pirates to only 6 points in the frame. The third quarter ended with the Cats up 8.

The Pirates would not go quietly. Their defensive pressure caused a few Cat turnovers, and their aggressiveness on the boards led to put-backs and free-throws. They came back to take the lead with just over two minutes to go. But the Cats would not be mastered tonight. They tied the game, and on the next possession took the lead on a falling layup from Belquist. Critical rebounds from Brennan and clutch free-throws from Belquist kept the Cats in front, ultimately leading to a 54 – 50 victory and a second tournament championship for the season.

Olivia Lo earned a spot on the All-Tournament Team, and Sabrina Belquist was named the Tournament MVP, putting in 77 points over the course of the three games. The Cats record is now 7 – 3. They will next host Christopher High School on Thursday, January 2nd.